Home » Preparing for Mediation » Create Value by Un-fixing the Pie

Create Value by Un-fixing the Pie 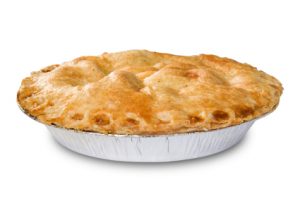 An apple pie with flaky crust. Isolated on white with clipping path.

Most lawyers tend to think of the settlement of a lawsuit as cutting up a fixed pie.  The bigger piece my client gets, the smaller piece your client gets, and vice versa.  In game theory, this is known as a zero sum game.  If the settlement is $1.5 Million, where my client paid $1.5 M and your client received $1.5 M, that’s a zero sum, because $1.5M minus $1.5M equals zero.

Here’s the classic example of creating value.  Two sisters are arguing over who gets an orange.  They are very positional and neither is willing to give in.  A directive or evaluative mediator might cut the orange in half.  A facilitative, interest-based mediator, however, might ask questions about the underlying reasons each sister has for wanting the orange.  In doing so, it becomes known that the older sister wants to use the rind for flavoring in a cake, and the younger sister wants to use the pulp and juice to make orange juice.

Facilitative mediators are trained in asking questions that encourage parties to think about expanding the pie.  Rather than considering these questions for the first time at the mediation (in reaction to a mediator’s thoughtful questions) why not be proactive: think of them ahead of time during your mediation preparation.  In the quiet (ha!) of your office, not the heat of the negotiation, you may think of some creative new approaches to settlement.

As your mediator, I will: