Dealing with Irrationality in Negotiation 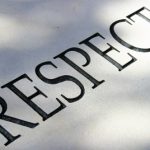 Here’s a proven negotiation tip that most people don’t think of, or at least don’t think of first.  I think it’s not used more frequently because it’s a little counter-intuitive.

Stuart Diamond, negotiation professor at The Wharton School, and author of Getting More, has studied irrationality in negotiation.  He points out:

Emotion “reduces people’s information processing ability….[E]motional people, studies show, care less about getting a deal that meets their needs than about hurting the other party.”

Diamond recommends making “emotional payments” to the other side:

“You need to tap into the other person’s emotional psyche with empathy, apologies if necessary, by valuing them and offering other things to get them to think more clearly.”

To cut down on the other side’s acting irrationally, he suggests offering:

The value of emotional payments is that it will calm down the other side, they will be able to think more clearly, and they will be better able to listen to you.  Then the stage is set for you to persuade.  Of course, the earlier you start showing respect for the other side, the less likely they will become irrational and that you will be facing impasse in mediation or negotation.

As your mediator, I will: